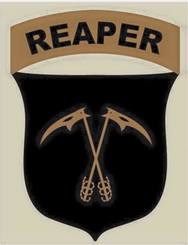 Most service members deployed to Afghanistan have heard the alarm blare over the giant voice system that signals incoming indirect fire to the base. While most people do their best to stay safe by taking cover and waiting for the “all clear,” the Reapers gear up and head outside the wire in search of those responsible for the attack.

The Reapers are a quick-response team made up of an elite group of airmen from the 455th Expeditionary Security Forces Squadron here. Not only do the Reapers respond to indirect fire attacks, but they also have teams that rotate shifts, traveling outside the wire every day to perform their duties and successfully complete their missions. Twenty hours out of every day, there is at least one Reaper team on duty, working tirelessly to enable air sorties throughout the area of operation from the largest combat and logistical hub and provide stability within the Bagram district.

“The mission of the quick-response team is to defend Bagram outside the wire through early detection, deterrence, response, reconnaissance and counter insurgency, or COIN,” said Master Sgt. Troy Taylor, the QRT non-commissioned officer in charge. “[Because of the Reaper’s efforts] our teams have been successful in disrupting the insurgent supply chain. We have also seen a significant change in the distance and accuracy of enemy indirect fire.” In the past, insurgents were capable of firing rockets to hit inside the wire or alarmingly close. With the help of the Reapers, the distances they have to aim from are being pushed farther and farther away, reducing their success rate of actually hitting the base.

As a part of the COIN mission, the Reaper teams visit numerous villages within the Bagram district where they meet local elders and children. The goal is to build working relationships and let them know they are here to support them and help keep them safe. COIN also includes presence patrols in high-threat areas and key terrain denial.

“When we travel outside to meet with the local Afghan people in the villages, we want them to know that Americans are good people and we want to help,” said Staff Sgt. Melissa McCammon, a 455th ESFS Reaper. “I think that it all starts with the children here. If we give them a good impression of us as Americans, we can plant that seed now and let it cultivate as they grow older; when they are adults they will remember us as being kind and helpful.”

Along with COIN, the teams’ mission has numerous working parts. “The teams conduct counter surface-to-air patrols along approach and departure corridors and observation posts in suspected areas of possible insurgent activity,” Taylor explained. “These actions help ensure the enemy has no freedom of movement. “To complete these missions, Reaper teams are comprised of dismounted patrol members and counter sniper teams,” the Columbus, Ohio native, continued. “They also have machine gun operators and vehicle drivers to operate the latest and greatest outside-the-wire vehicles.”

Within the 455th ESFS, there are several sections with significant responsibility, but there’s something special about a Reaper airman.
“Honestly, [the Reapers] are an extension of our brothers and sisters at Bagram,” Taylor said. “Our job is to deny, disrupt and disperse known insurgents operating within Bagram district. The skills that are needed for our mission our taught and understood by every member of the 455th ESFS. The one difference being, our teams are isolated from BAF and therefore need to be able to endure the fight as other patrols assist in destroying the enemy before they reach the airfield.” 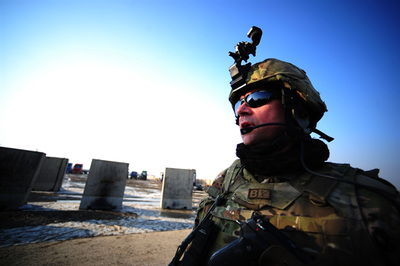 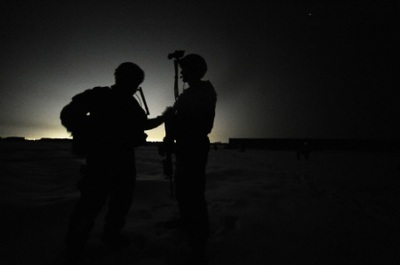 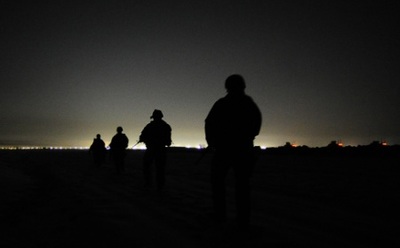 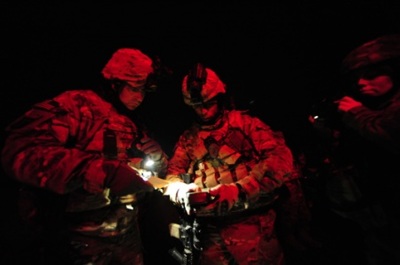 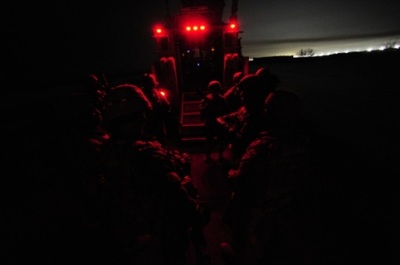 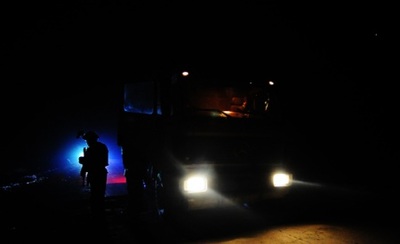 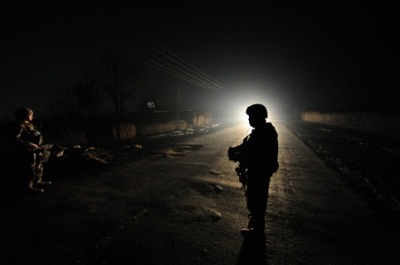 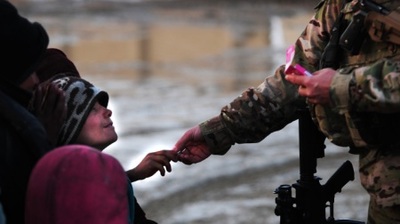 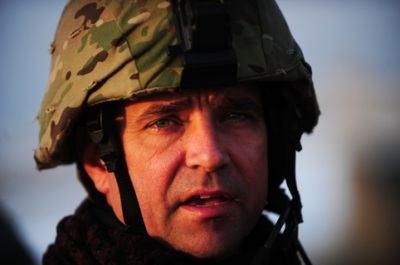 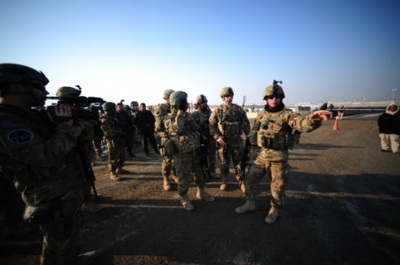