​On Dec. 19, 1986, the White House announced President Ronald Reagan's approval to develop a rail system for basing part of the Peacekeeper Intercontinental Ballistic Missile (ICBM) force. To increase survivability of this force, 50 Peacekeepers would be deployed in existing Minuteman silos and 50 more would be mounted on 25 USAF trains, two per train. Each train would consist of two locomotives, two security cars, two missile launch cars housing the missiles, one launch control car, one fuel car and one maintenance car. Each launch car carried one Peacekeeper ICBM, in a launch tube that could be elevated to fire the missile from the bed of the car. Overall body length of the launch car is 87 feet and fully loaded it weighs more than 520,000 pounds.

​Major contractors for the rail garrison system were Boeing Aerospace Corporation, Westinghouse Marine Division and Rockwell International Autonetics. The proposed main garrison for the weapons deployment system was to be F.E. Warren Air Force Base in Wyoming, with each selected garrison hosting up to four trains.

Security Police were tasked with securing the train when it was deployed. Training began for this mission in 1988 on Norton AFB, California. A simulated train with a mock up of the security cars was built and Security Police conducted training at this site over a 7 day period. This training was designed to test the living/working  conditions on the trains during an off site deployment.  ​

Two security cars were a part of each train. Security police living quarters were bunks and small work areas. There was a sensor monitoring workstation that detected anything approaching the train.  Weapons stations in both cars would deploy up through  the roof.  Both security cars had a MK 19 and a .50 cal for standoff defense. 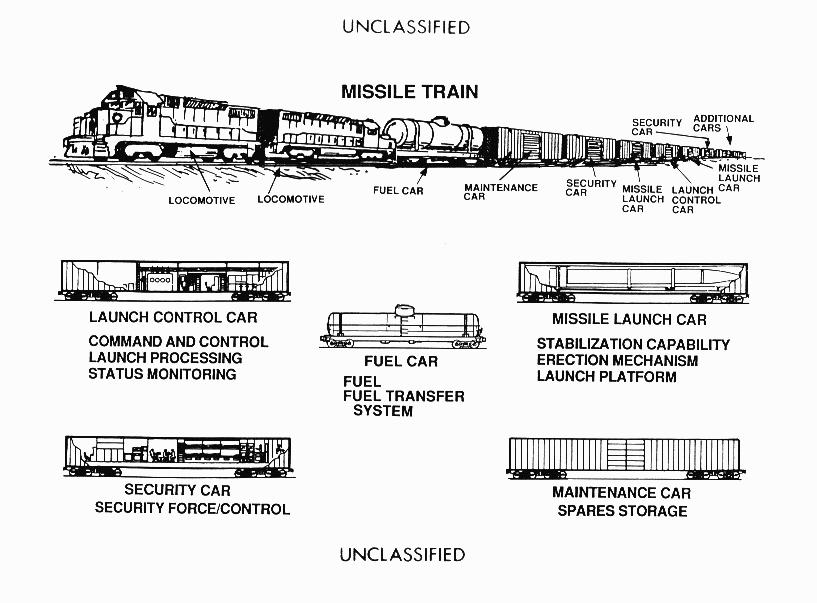 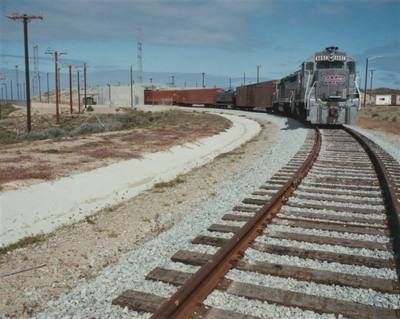 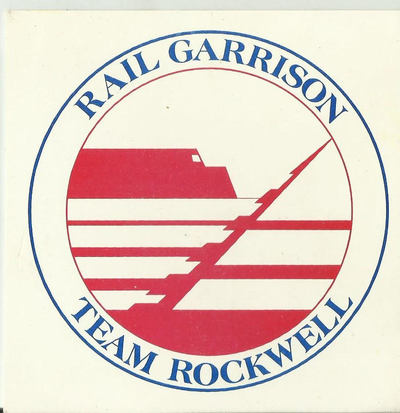 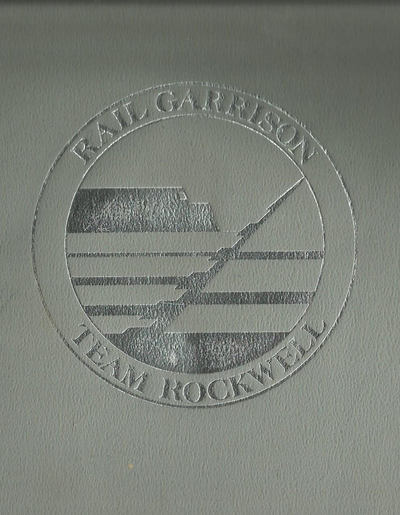 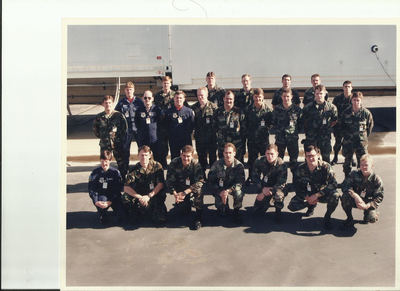 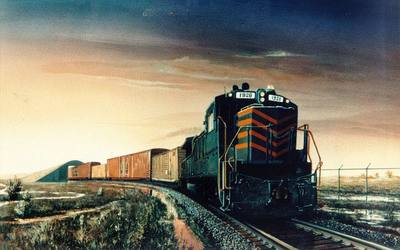 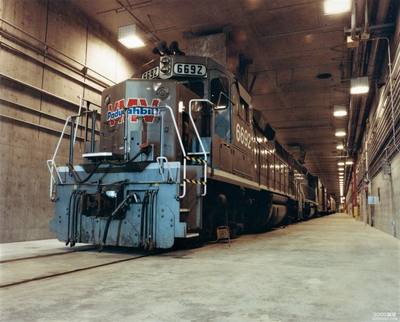 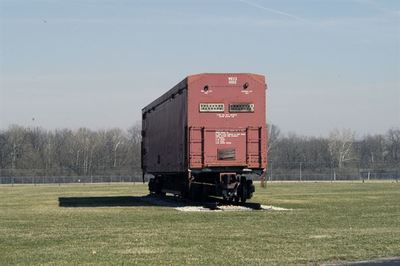 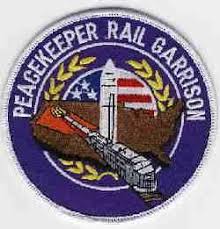 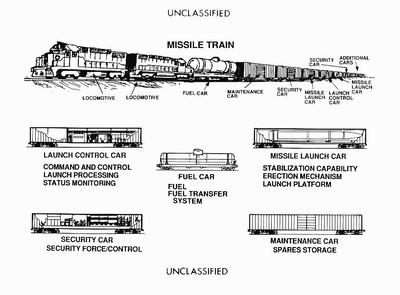 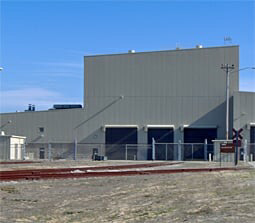 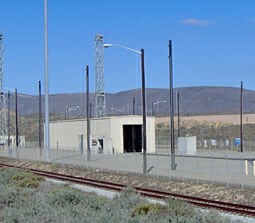 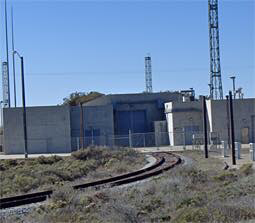 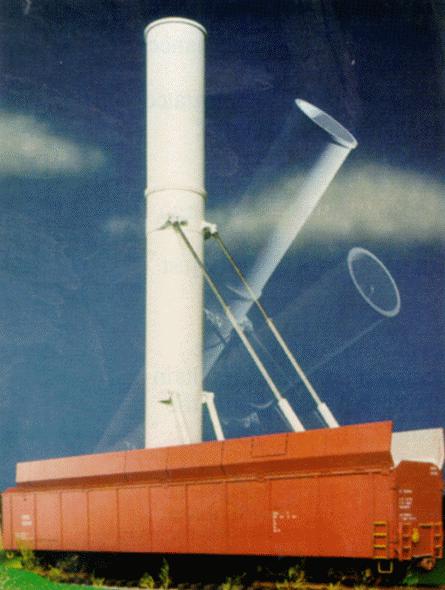 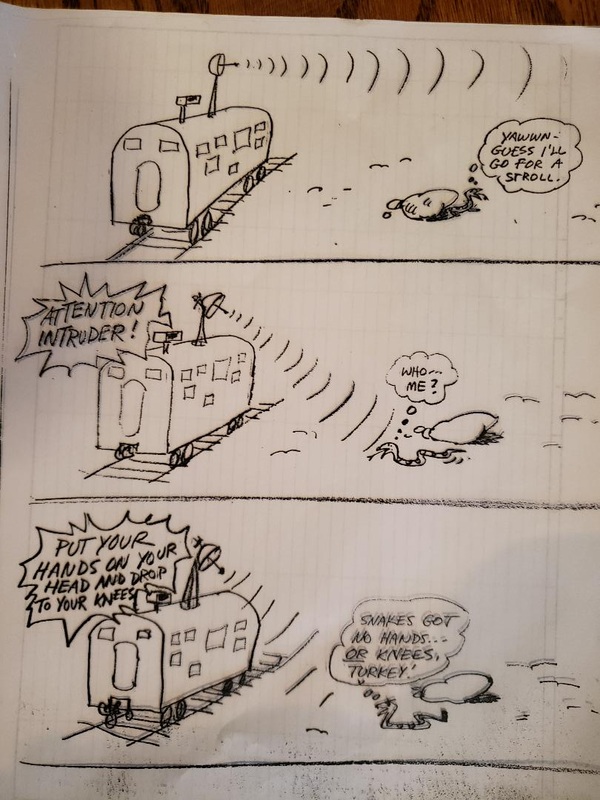 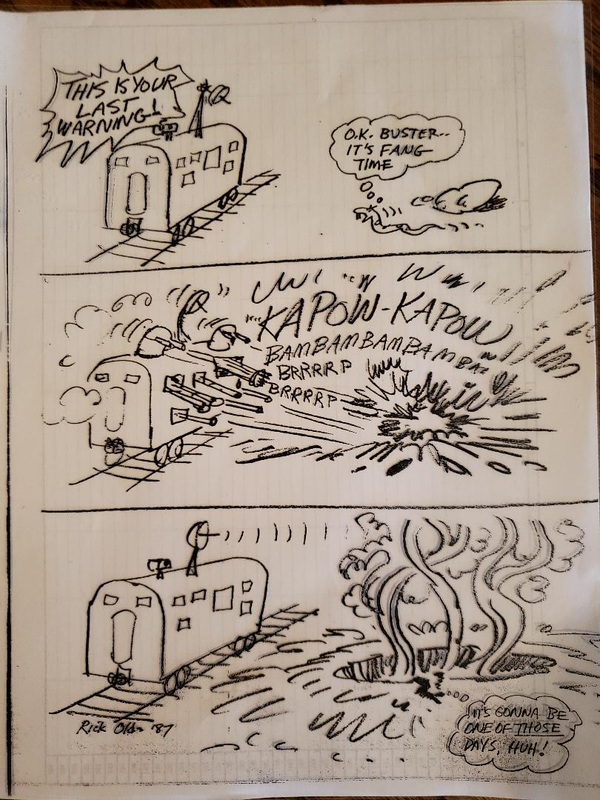 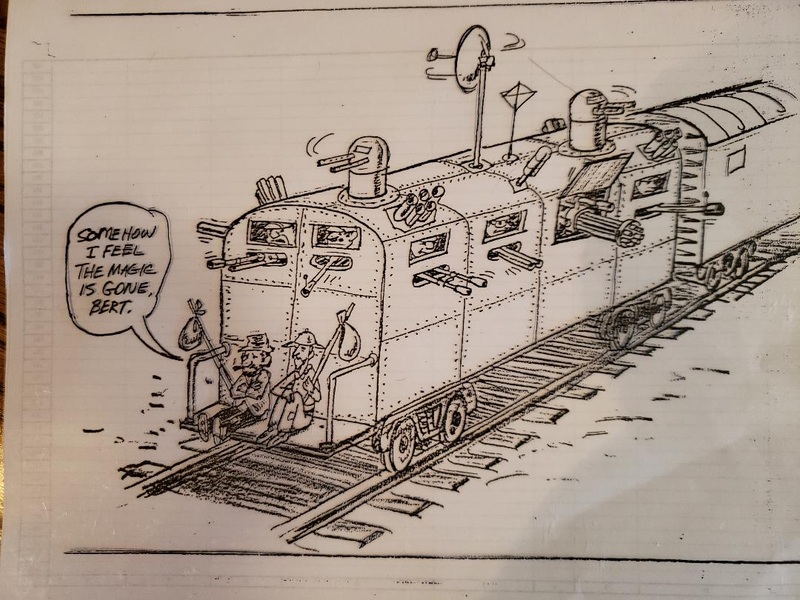 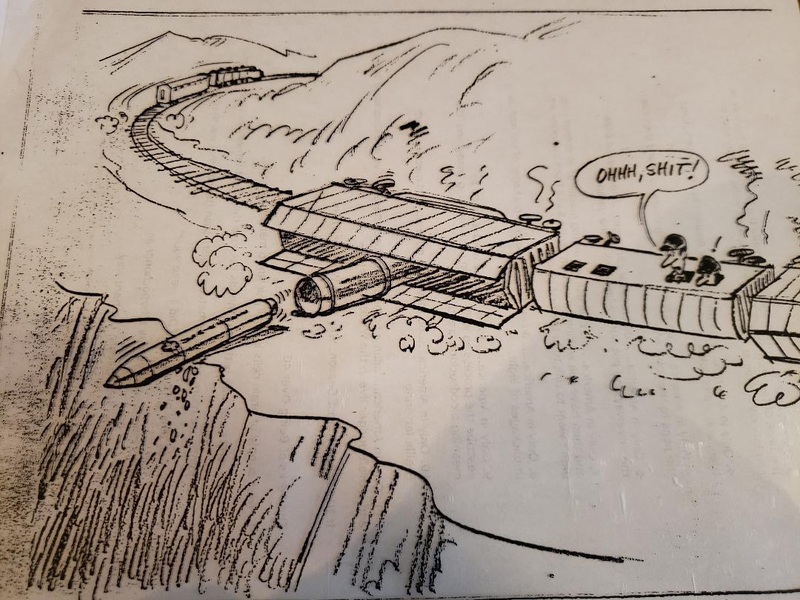